As Chief Executive Officer and Chief Scientific Officer of the International Brain Research Foundation, Inc., Dr. Philip A. DeFina spearheads the collaborations among top neuroscientists and research facilities around the world by facilitating and coordinating cutting-edge research. Under his leadership, IBRF is in a position to accelerate the scientific findings that are key to solving the complex issues in the area of brain health.

Dr.DeFina is a well-known author, lecturer, and clinician. He was a Guest Researcher in the Laboratory of Clinical and Experimental Neuropsychology  at the National Institute of Mental Health. Dr Defina was a proud member of the World Health Organization. His work has been published in leading medical journals, as both author and co-author. He has been a pioneer in developing and directing national clinical training programs in the cognitive neurosciences. This research has helped doctors from all over the world treat a myriad of  neurological diseases and injuries. His passion for unlocking the mysteries of the brain has been his impetus in life.

Dr. Susan Adler has maintained a private practice in Psychology since 1988, specializing in individual therapy for children, adolescents, and adults, and she counsels couples in marital therapy. As a School Neuropsychologist, she tests children and adolescents.

Dr. Adler taught Junior High School, Flushing, New York from 1968 to 1973; worked at The Child Guidance Center, BOCES, Yorktown from 1980-1981; School Psychologist in the Pleasantville Schools from 1981 to 2001 when she retired after having spent 20 years in the Pleasantville Schools as an Elementary, Middle, and High School Psychologist as well as Alternate Director of Student Personnel Services, Alternate Chairperson of the CSE and the CPSE.

With an education as diverse as her career history, Dr. Adler received a B.A. from the University of Denver; a M.S. Ed. (Guidance and Counseling) from Queens College in New York; a Certification in School Psychology from the College of New Rochelle; Certification in Special Education from Manhattanville College; a Psy.D. from Yeshiva University; and is certified in Cognitive-Behavioral Therapy by the Institute for Behavioral Therapy. She is a licensed Psychologist in New York State, and a Diplomate, American Board of School Neuropsychology. Dr. Adler has been a frequent speaker over the years at professional organizations, as well as a regular presenter to groups of faculty, parents, and students. 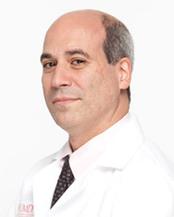 A 1993 graduate of the Columbia University College of Physicians and Surgeons, Dr. Prestigiacomo completed his residency in Neurological Surgery at The Neurological Institute of New York, Columbia-Presbyterian Medical Center. He then went on to complete a fellowship in Endovascular Neurosurgery at Beth Israel Medical Center, NY, Institute of Neurology and Neurosurgery, Center for Endovascular Surgery.

Dr. Prestigiacomo holds triple appointments as Professor in the Departments of Neurological Surgery, Radiology and Neurology at the New Jersey Medical School. He is Director of Cerebrovascular and Endovascular Neurosurgery at University Hospital, Program Director for the Neurosurgical Residency Training Program at the New Jersey Medical School and is a Research Professor in the Department of Biomedical Engineering at the New Jersey Institute of Technology. His specialties include cerebrovascular microsurgery (aneurysms, arteriovenous malformations, cavernous malformations, carotid endarterectomy and bypass), endovascular surgery for the treatment of all brain, spinal cord and head/neck pathology (aneurysms, arteriovenous malformations, stroke, tumor, vessel occlusion) and stereotactic radiosurgery for vascular lesions.

In addition to his clinical and teaching responsibilities, Dr. Prestigiacomo is currently involved in several research efforts, including biophysical studies on aneurysm formation and growth, clinical outcomes studies on patients with aneurysmal subarachnoid hemorrhage and other forms of cerebrovascular disease, and the expanding role of EMS in the diagnosis and treatment of neurological disease and trauma.